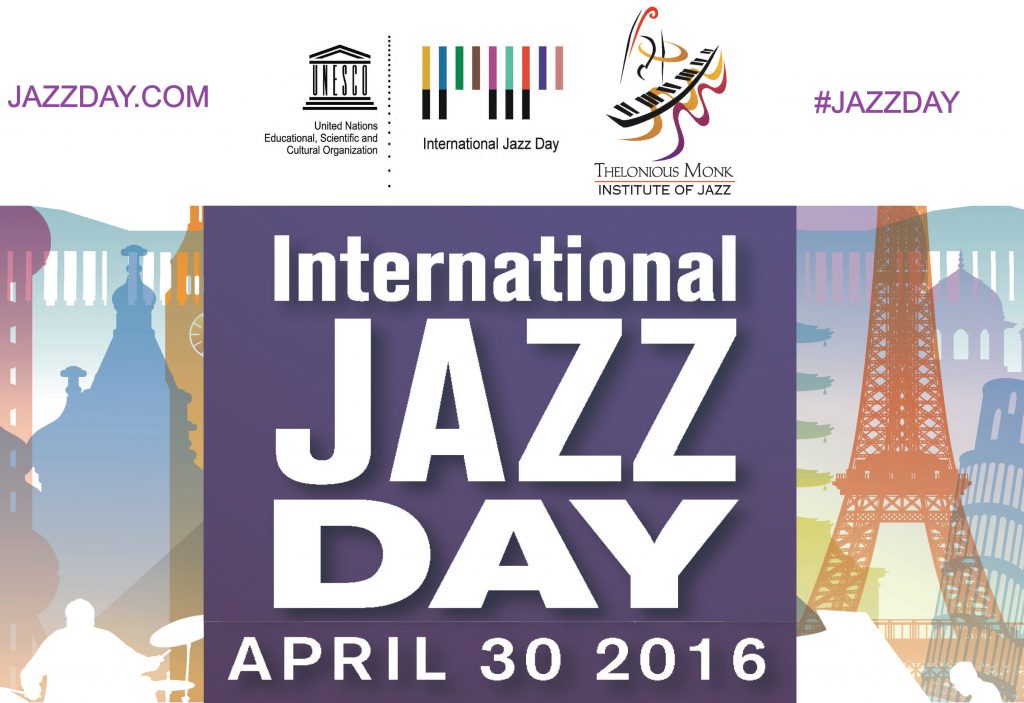 Washington, D.C., has been named the International Jazz Day 2016 Global Host City. As 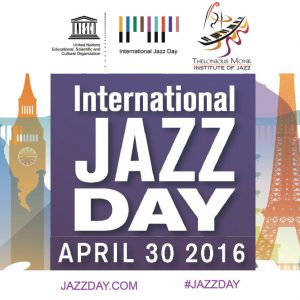 International Jazz Day celebrates its 5th anniversary, the U.S. nation’s capital will host a multitude of jazz performances, community service initiatives, and education programs in schools, libraries, hospitals, community centers and arts venues across the city. Washington, D.C., is the birthplace of the great jazz pianist and bandleader Duke Ellington, and the city has enjoyed a thriving jazz scene for the past century. On April 30, 2016, Washington, D.C., will join with towns, cities and villages in over 190 countries on all 7 continents to observe International Jazz Day through thousands of performances and programs.

Organization (UNESCO) Director-General Irina Bokova and UNESCO Goodwill Ambassador Herbie Hancock are pleased to announce the fifth annual International Jazz Day, which will be celebrated around the world on April 30, 2016. President Barack Obama and First Lady Michelle Obama will host the 5th anniversary International Jazz Day All-Star Global Concert at the White House on April 29th and this spectacular event will be broadcast on International Jazz Day as a one-hour primetime ABC television special, “Jazz at the White House,” on Saturday evening, April 30th and streamed on the United Nations, UNESCO, U.S. State Department and White House websites. The concert will feature an extraordinary array of artists from around the world paying tribute to the truly American art form of jazz.

Washington, D.C. has been selected to serve as the 2016 Global Host City, and International Jazz Day programs are made possible by Toyota, the 2016 Lead Partner. Presented each year on April 30th in partnership with the Thelonious Monk Institute of Jazz, International Jazz Day highlights the power of jazz as a force for freedom and creativity, promotes intercultural dialogue through respect and understanding, and unites people from all corners of the globe. The day is recognized on the official calendars of both UNESCO and the United Nations.

Obama and Michelle Obama are hosting the International Jazz Day All-Star Global Concert at the White House, and are truly grateful for their commitment to jazz and its role in building bridges and uniting people around the world. Over the past five years, the innovation and creativity of Jazz Day has been a beacon of light to millions of people who find common ground and communicate through the values inherent in jazz. On April 30th, people of all ages in all corners of the globe will participate in International Jazz Day. A wide range of momentous events will take place in thousands of neighborhoods – and the streets will be alive with the sounds of peace and freedom.”

“Jazz was born in the US and traveled the world as a music of tolerance, freedom and human dignity. This is why UNESCO created International Jazz Day and we are extremely pleased that in 2016 Washington, DC has been designated the host city for this global celebration, with a unique All Star Concert at the White House, hosted by the President of the United States Barack Obama and First Lady Michelle Obama. This event reminds us Jazz is more than music – it is a universal message of peace with rhythm and meaning,” declared the Director General of UNESCO, Irina Bokova.

offices, national commissions, networks, Associated Schools, universities and institutes, public radio and public television stations, and NGOs to ensure their involvement and participation in International Jazz Day 2016. Additionally, in countries throughout the world, libraries, schools, universities, performing arts venues, community centers, artists, and arts organizations of all disciplines will be celebrating the day through presentations, concerts, and other jazz-focused programs.

According to Tom Carter, President of the Thelonious Monk Institute of Jazz, “International Jazz Day places a strong emphasis on education programs and community service. Many of these worldwide programs are now provided year-round in big cities, small towns, and even remote villages. It is a testament to all those involved with International Jazz Day that we are reaching people on every continent, including some of the most vulnerable and challenged individuals and communities.”

As part of the International Jazz Day worldwide celebration, the Thelonious Monk Institute of Jazz will launch Math, Science & Music, a groundbreaking education platform with free, engaging curricula, games, apps and other online elements that use music as a tool to teach math and science to K-12 and college students. The program will address the growing need for students to gain skills and knowledge in science, technology, engineering

and math (STEM) subjects and learn to think creatively. The Institute is collaborating with international math, science and music experts at seven leading universities to develop the program, which initially will be offered in English, and in later years will be available in other United Nations languages. Math, Science & Music will debut earlier in the week on Tuesday, April 26 at a presentation at the U.S. Department of Education hosted by Secretary of Education John King.

For more information about International Jazz Day and to register events on the official website, please visit www.jazzday.com or www.unesco.org/jazzday