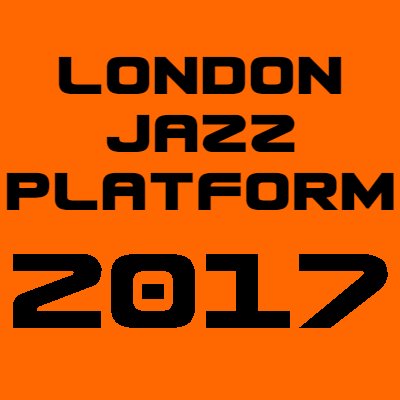 Set in a fabulous archway setting this promises to be a day of great company and superb music. The London jazz Platform is an event to showcase UK and nearby jazz, with acts from the UK and Denmark gracing the stage with jazz across genres.

Nine acts will play including: KittyLaRoar and Nick Shankland – this duo have played across the world in locations including Dubai, Singapore and of course, London. They bring to the event their own special mix of standards and own material, delivered in a sumptuous combination of vocals and piano.

Colin Webster is a free playing saxophone player who plays regularly in many London and UK venues. His style is unique and he hits home with his excellent freeform style. He has played with many of the UK greats and released albums on Raw Tonk and other labels.

Tom Harrison, a saxophone player whose album ‘ Unfolding In Tempo’ made huge waves in the music field. He has toured extensively and played with such luminaries as Cleveland Watkis and his own Tom Harrison Quintet.

Marco Marconi is an Italian jazz pianist based in London, Marco is increasingly popular in Europe, the US and across the UK. He plays regularly in London and his music gains extensive air play. He has released albums both as a solo artist and with his trio on the influential 33 jazz record label.

Gg is a vocalist with an individual take on music and her original compositions receive critical acclaim. She has released EPs, CDs and a vinyl release ‘Invisible Ink’ and is a vocalist in demand. She brings to the London Jazz Platform her own inimitable style along with some superb musicians.

Simon Lasky is a jazz pianist whose album ‘ Story Inside’ proved very successful and gained Simon a whole new following. Simon’s compositions have received much praise and he brings to the London Jazz Platform a range of delightful sounds.

Lars Fiil is a Danish pianist and composer currently residing in Copenhagen, Denmark. He released his first album as a leader in 2011, when the album Lars Fiil Quartet “Reconsideration” came out. It received great reviews and was nominated for a Danish Music Award. Lars Fiil Quartet also won the prestigious competition Young Jazz in 2010. His latest album ‘ Everything Is A Translation ‘ has received reviews in several music columns and Lars is definitely a force in jazz music and we are delighted he has made the trip across the UK especially for this event.

John Russell needs little introduction as a jazz guitarist. He is known across the globe as one of the best improvisers around and regularly appears at venues across Europe and London. He plays regularly with legendary players like Evan Parker and remains one of the most popular musicians today.

John Edwards is already a legendary bass player. He combines rock and jazz and pushes bass playing beyond the limitations of lesser players. We are thrilled to have John at the London Jazz Platform.

Sammy writes for several jazz columns and magazines including Record Collector, The Lady, Essentials, the People’s friend and many others. Her articles have appeared in London Jazz, Something else reviews, All About Jazz, Kind of Jazz and Jazz in Europe (where she is a senior writer). Her book, ‘All That’s Jazz’ is on Tomahawk Press and she has been described by musicians as the ‘go to’ jazz writer and reviewer. Known as a maverick and free form advocate Sammy promotes jazz music of many kinds and is a favourite among musicians. She has worked for BBC3, Jazz on 3 and also appeared on Jazz Bites radio.

Sponsoring the event is Jazz Bites radio, based in the US but supportive of Jazz in all its forms and they are pleased to be part of this amazing event. http://www.jazzbitesradio.com/