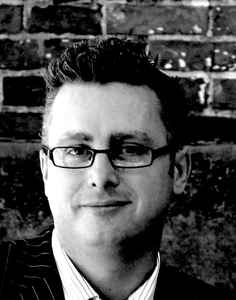 Stewart Dugdale is one of our Featured Artists on our stations. He is an Multi-Award Winning Composer & Sound Designer. His credits appear on Film, TV Shows and radio as well as in music libraries all around the world. A skilled composer whose previous experience as a producer and songwriter help in creating different rhythms and melodies that make his work stand out from conventional compositions. Stewart has produced and currently licences one music library, Royalty Free Tunes. which only uses music from composers not registered with any of the Performing Right Organisations (PRO’s) such as PRS.

Stewart developed a passion for music over 20 years ago and developed his skills by playing guitars in bands while in college and song writing for different artists while at University. ​As a Composer & Sound Designer, Stewart has worked on TV and Films for over a decade. He has worked on Horror, Comedy, Drama, Documentary’s as well as Thrillers, and Sci-Fi films and in 2015 won Best Music at the British Horror Film Festival for his score in the Multi Award Winning Short, Do Not Disturb Stewart is a multi-skilled composer and writes in many styles and genres and has scored award winning short films. He is also a specialist in Sound Design and dialogue editing. He has also edited a vast collection of audio Books.

NB The 24/7 Online Radio Group have a private, negotiated agreement to stream Stewart Dugdale’s music on our stations. If your business is interested in using his tracks, take a look at the general end license.